My then-girlfriend and I walked into the lobby of a shooting range, and the room fell silent. We were in the middle of the Texas Panhandle, in a room full of cops polishing their guns.

They were huge, taciturn dudes. You probably already know that everything in Texas — from steaks to women’s hair — is bigger than anywhere else in the United States. These guys were large and in charge. All eyes focused on us. I don’t think any of them had ever seen Dutch people before.

We had arrived in Texas a couple of weeks before. We had been just driving across the state, stopping in tiny towns, listening to country music, and getting a feel for things. When I saw the sign off the highway that said, “Amarillo Police Department Shooting Range,” I knew we had to pull over and check it out.

Now I felt like Lucky Luke, the cartoon cowboy who chased down bandits in the Old West. Whenever Lucky Luke would walk into a saloon, all the singing, shouting, and piano playing would abruptly stop. That wasn’t good news.

“Hi, we’re from the Netherlands, and we’re here to see your shooting range,” I said with as much confidence as I could muster.

After what felt like ten deadly seconds, the room started to buzz. The police officers began to smile. They were so excited that we were interested in their world and proceeded to give us a tour. They offered to let us try out the shooting range, and (after a mandatory psychological test and some training) my girlfriend and I did.

We didn’t miss too many targets (I’m not sure why, as neither carries firearms). When we came back to the building, they presented us with a certificate. I am now probably the only guy in Amsterdam who possesses an Amarillo Police Department shooting license.

The way I ended up in Texas in the first place was just as weird. We headed there, not long after my 2009 breakdown, for a change of scenery.

The trip came about because I was watching Criminal Minds - that CBS show about FBI profilers - one night. It was an episode where they were driving a big, black SUV through a forest in Quantico, Virginia. That’s where the academy is located and where they train special agents.

The cinematography in the show was terrific, and the atmosphere was so compelling that I just started thinking about what it would be like to take a trip there. I began Googling everything I could about Quantico. The bottom line was that I realized I needed a different environment to figure out my next steps.

I jumped on the KLM airline website to find out about fares to Virginia. But in typical, impulsive, entrepreneurial fashion, my plans quickly changed. A tourism ad for Texas popped up. I thought: Texas, yeah, desert, cowboys.

“You’re going to Texas?” my then-girlfriend asked me.

My girlfriend gave me a funny look as if measuring my sanity.

“I’m going with you,” she replied.

We landed in Dallas in midsummer. I’d never felt so much heat in my life, and it felt great (it frequently rains in the Netherlands). We wanted to travel light, so we brought only carry-ons. The agents at customs and immigration were suspicious about that and hassled us for a while.

When we got to the rental car place, a friendly young guy was behind the counter. We told him our entire story, from Criminal Minds to being delayed, and he said, “OK, I’ve got a great deal for you. Just make sure you have a trip you never forget.” He gave us the lowest price he could for an economy car, and when we walked out to the parking lot to pick it up... he had given us a big, black, shiny, Criminal Minds-style SUV.

We were on our way.

Texas was another stage in my discovery of how to rebalance. I’d never had more than two days off in my life. It was terrific living an ordinary existence — eating correctly, sleeping at least eight hours a night.

Texas was detox and the beginning of a new chapter of traveling the world, visiting fifteen countries on three continents to learn as much as I could about entrepreneurship.

In Texas, I learned about the impact a culture of generosity and community can have on you. One day, for example, we got a flat tire in the middle of nowhere.

On the side of the road were a farmhouse and a large, dirty-white barn with gray doors. I approached it, hoping to find someone to help us. But the entire place had the weirdest, scariest vibe. The entrance to the barn was open, but it was so dark you could barely see anything inside, just the shadows of old farm equipment. The silence was deafening. It seemed like all the humans had disappeared, and inside were zombies waiting to eat us.

We walked back to the car and mulled the situation for about ten minutes. Then, from a distance, we saw a truck winding its way toward us, kicking up a dust cloud that almost obscured it.

The truck finally reached us and stopped fifteen meters behind our SUV. It had a large metal contraption on the back and tinted glass so you couldn’t see inside. Again, the whole thing felt like a horror movie. The truck just sat there for a few minutes. We thought: are we going to be shot?

The door opened. A gigantic guy hoisted himself out. He strode to the back of the truck, grabbed a tool kit, and walked over to our car.

“Do you know how to change it?”

The guy did everything for us; we didn’t even know where the spare tire was. The whole time he was fixing our flat, I was thinking about how I had been working for fifteen years in the Netherlands by the time I ended up in the hospital. Yet, not a single person showed up to help me in my darkest hour. Here now, in the middle of nowhere in Texas, this stranger was going out of his way to give me a hand. It confronted me with the question, “What had I done so far in my life to help other people around me?”

As I watched that man from Texas fix our car, I decided that I would give to other people without expecting something back. In Dutch culture, most people, in my experience, think that’s a weird thing to do. If I give something to you, you’re supposed to give something back automatically. I’m sure the state of Texas has many issues, and they do plenty of stuff wrong, but I learned what paying it forward means.

So, as I said, Texas was the beginning of a journey outside my country to research and refine the Five Facets of Sustainable Entrepreneurship. For the entire project, I found all the people I interviewed through referrals and serendipity. My criteria for locations were that I went primarily to sunny countries because it rains plenty where I live.

Before my redesign, I used to think of myself as a man of the world. I’d go on business trips to Japan, China, and the United States for a day or two and think I’d seen those places. But going to Texas, I learned how to get underneath the skin of a place.

To understand a culture, you have to connect with its people. It can change your life. 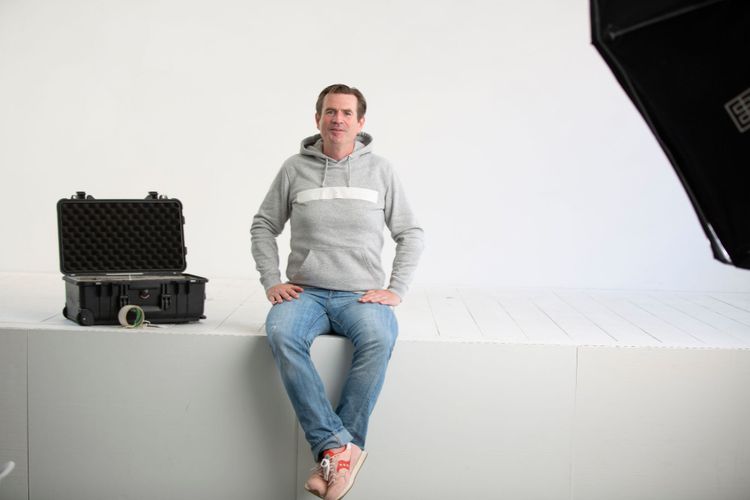 Okay, So How Do You Find a Great Mentor?

Not all mentors are created equally. You need to make sure that your skill level and your personality fit well with this person.
Jul 6, 2021
1 min read
Jul
02 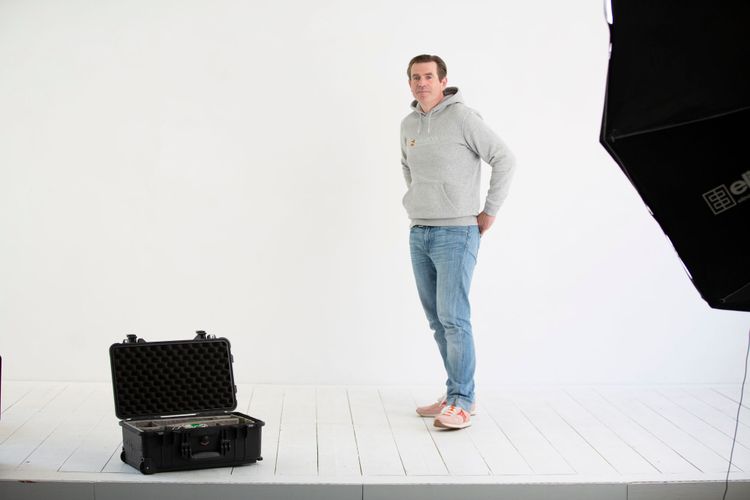 So, How Do You Retain a Mentor?

One of the biggest questions after "How do I find a mentor," is how you can keep that mentor involved in your career, business, or even life. In this post, I hope to inspire you to inspire your mentor.
Jul 2, 2021
1 min read
Jun
23 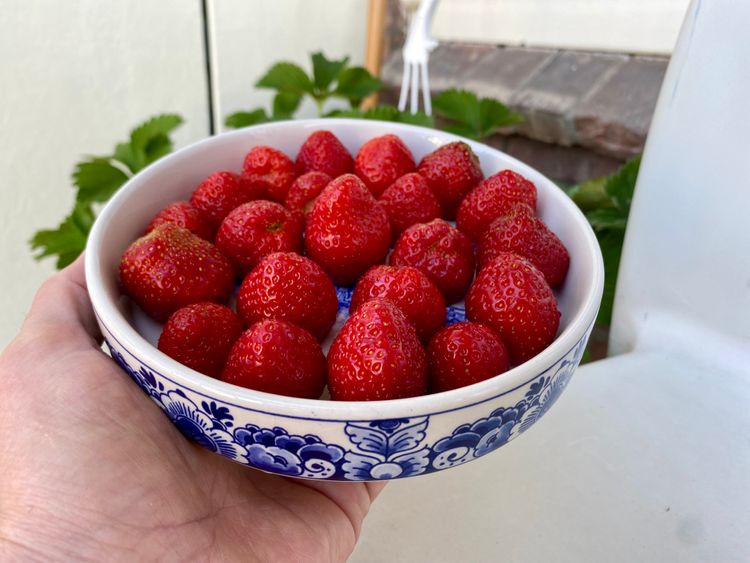 🍓 What Motivates People is Your Attention and Your Care 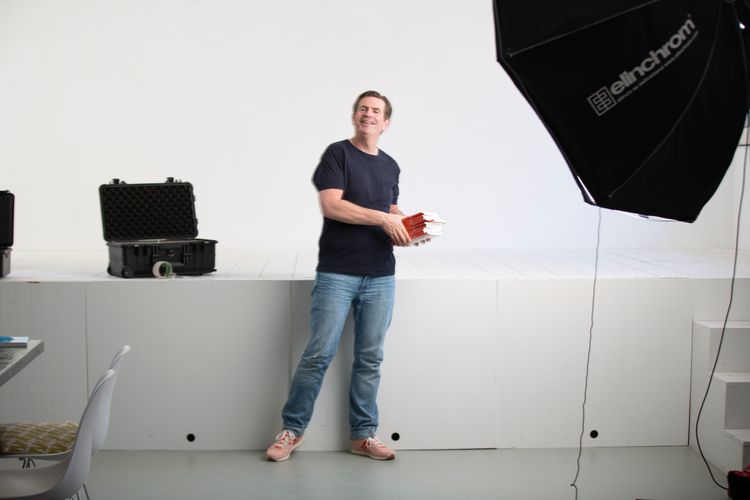 👨‍👩‍👧‍👦 How do You Build a Network of Mentors?

Today I was able to help someone again during a walk in the park. The first time again through Airbnb
Jun 22, 2021
1 min read
Jun
18 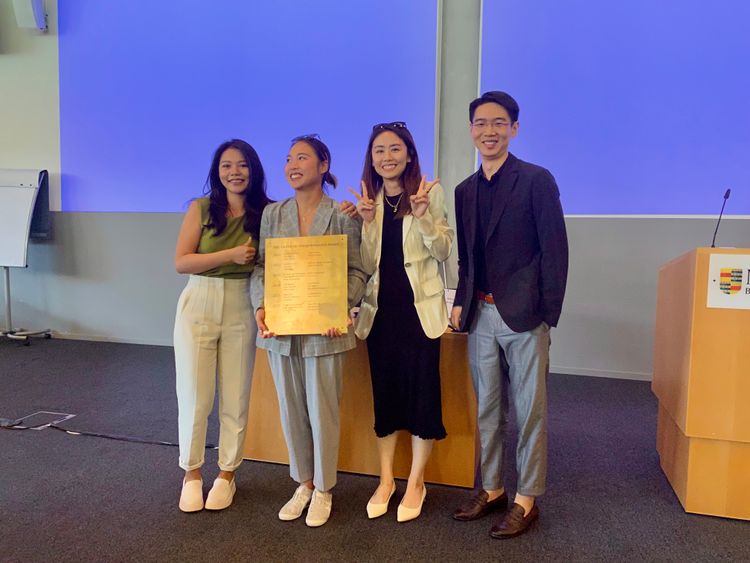 Winners of the Entrepreneurship Awards

Nyenrode Business Universiteit organizes the Entrepreneurship Awards for financial economics students who want to experience whether entrepreneurship is something for them. Do you want to know how such a program works? Then I wrote this post for you and I hope stat it's interesting to read.
Jun 18, 2021
3 min read