Nicky Romero is one of the top DJs and music producers in the world. The Netherlands native has more than six million followers on Facebook and more than two million on Twitter. For years, Romero has been at the top of his game with his music label Protocol Recordings and related ventures. Then, seemingly out of the blue for fans, Romero's production slowed. Everyone wondered what was going on. At the end of 2015, Romero post- ed a personal message on Facebook to his followers. He hadn't been releasing as much music as they wanted because of anxiety. He had been dealing with severe anxiety for two and a half years, Romero wrote and had seen more than twelve different therapists and professionals. He had a handle on it now, Romero continued but had "felt guilty to all my fans, and more pressure was added by all [the] expectations."

Romero is at the top of the Entrepreneur's Pyramid; he is one of the heroes everyone looks up to. But occupying the top of the pyramid, being one of the wealthiest and most visible people in your field, doesn't translate into fulfillment. Prioritizing success can wreck your well-being. As you know by now, that's what happened to me.

The biggest fallacy about the top of the Entrepreneur's Pyramid is that you have to kill yourself to get there. It's almost a mantra in Western culture. Sure, phases occur in your life when you have to work hard, such as the first and even second year of a start-up. But being in a state of permanent stress isn't sustainable. Permanent pressure changes how your nervous system behaves; it alters the way your neurons fire. You mustn't use overwork or perpetual busyness as a status symbol. To become a sustainable entrepreneur, that's not necessarily easy, but it is essential.

At the bottom of the pyramid is another fallacy. Would-be entrepreneurs located here always believe that the idea is paramount. People come up to me all the time after my talks and say, "I've got this great idea."

Oh, no, not again, I think to myself.

It might be a football player who says, "Hey, my teammates are always late, so I think having an app where the whole team can communicate all their dates and times with one another would be great. The person who's always late is going to have to buy beer for everyone else, and that's the thing that's going to make everyone want to buy our app."

"Who is going to help you be successful?" Silence.

"When are you going to start your business?

Now, when someone else comes up to me after a talk and says instead, "Hey, you know, I want to change my life and be independent of my employer. Even though I've never made an app before, I love programming. I'm a huge football fan, and if you're available to help me, I want to try and build an app myself that would help football teams in amateur leagues perform better." That's someone who has a more well-balanced view on entrepreneurship.

Again, an idea alone is never enough to launch a business. You must also think about how to build an infrastructure around it. Otherwise, it's magical thinking. Focus on all the support you'll need personally and professionally to create a business first. What I see happening is people trying to sell themselves on one idea that isn't strong enough.

At a start-up weekend, I coached a young woman who worked at a bank. Laura wanted to leave her job because she had the idea of creating an app that would aggregate and analyze social media to assess global threats and risk patterns such as terrorism, extreme weather events, and the stock market falls. At the end of the weekend, Laura learned that the idea wasn't entirely workable, but she excelled at programming. Three years later, the young woman has her own company making apps for other people. She has more business than she can handle. What she did was look at herself, learned what she loves doing and what she's good at, and created a career from that. She didn't become attached to a single idea and then put everything in her life behind it, potentially sacrificing her well-being and her finances.

Most people in the middle of the pyramid find it hard to move to the next level and get to the point where they're not doing all the work themselves. Building a team and creating suitable DNA for the business is challenging. The first thing I do is help them build a mentor network, which I will talk about later on.

Let's go back to the top of the pyramid. The entrepreneurs succeeding up here are using the Five Facets of Sustainable Entrepreneurship, which I will discuss in-depth in my upcoming newsletters. In brief, they are as follows:

Entrepreneurs might first approach the Five Facets as a model, but they soon discover it's a way of life. Every facet is interdependent with one another, and they shift in priority according to the moment's needs. For example, during the initial phase, the Resources facet is critical because money is one of your most essential resources. When you land those finances, you'll often focus on the Team facet because you need to hire great people to execute at the highest level. But for a third-generation family business, money might not be an issue, but building an innovative team spirit might be critical.

You always have to push back when you find yourself focusing too much time on one facet.

No matter what your business is, imitating someone else isn't going to work. There's going to be only one Bill Gates and one Mark Zuckerberg. Steve Jobs didn't design Apple based on looking outside himself. He just had an internal drive combined with the weird combo of being a perfectionist, a business guy, and a spiritual seeker/hippie. From that, Jobs cooked up a billion-dollar enterprise. Look at yourself and find out how you want to live your life. Then design your business around that.

Toon van Veelen is a Dutch entrepreneur who runs an e-commerce business called ToneControl that sells professional DJ and producer gear. I've been his mentor for a while. In May 2016, Sprout, a Dutch magazine for entrepreneurs, interviewed him about the impact of our work together.

"From the first meeting, Sebastiaan made me think about what I was doing and why," said van Veelen in the piece. "Before that, I was guided by issues of the day, my mailbox—I had no planning, and it felt like I was making impulsive decisions all day. Through conversations with Sebastiaan, I took more time to think about his model and balance everything. I took a better look at my team: Who fits here and not there. For the first time in my life, I planned. Since Sebastiaan has been my mentor, ToneControl is growing much faster. Last year, we grew by 50 percent. But more important to me is that I now feel more relaxed and confident, and I'm able to make easier and better choices."

If you're not aware of the Five Facets, the tendency is to just react every day to what happens. You never take time to reflect and gain the helicopter view.

One way out of this loop is to think about being the CEO, not your company but of your life. Then assess how you're doing and what advice you would give yourself from that perspective. Some of the shared insights from people I've mentored include the following:

"I see I don't have great people around me. I need a better team."

"I haven't really thought about where I want my business to go. I'm on a circuitous route without a clear destination."

"I've been struggling for years running this brick-and-mortar business, and I see the location isn't conducive to the appropriate customers finding me."

"I've reached a high level of success, but I've lost control over my eating. I'm obese, and that's why I'm unhappy."

Eating out too much and getting fat might seem like a first-world problem, but it signifies a more profound rupture in the fabric of your life. Health is the most crucial facet. Without that, forget about everything else.

In the newsletters I am sending out, we'll look at how you can implement the Five Facets in your life. I've found people do best when they choose the order in which they'll work through them. But I will say that health is a forgotten facet for many people, and by prioritizing it, the other facets tend to fall into place.

But by the time you are habitual to reading my newsletter, you'll be prepared to use the entire model to either solve your existing challenges as an entrepreneur or launch yourself into a life and career that works for you on all levels. 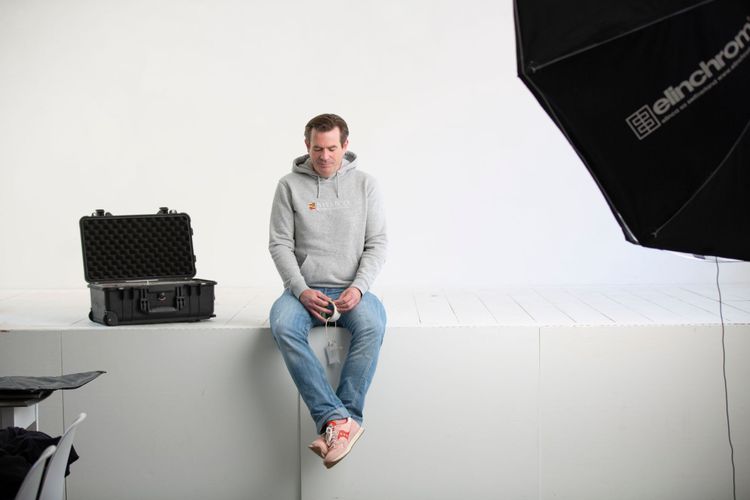 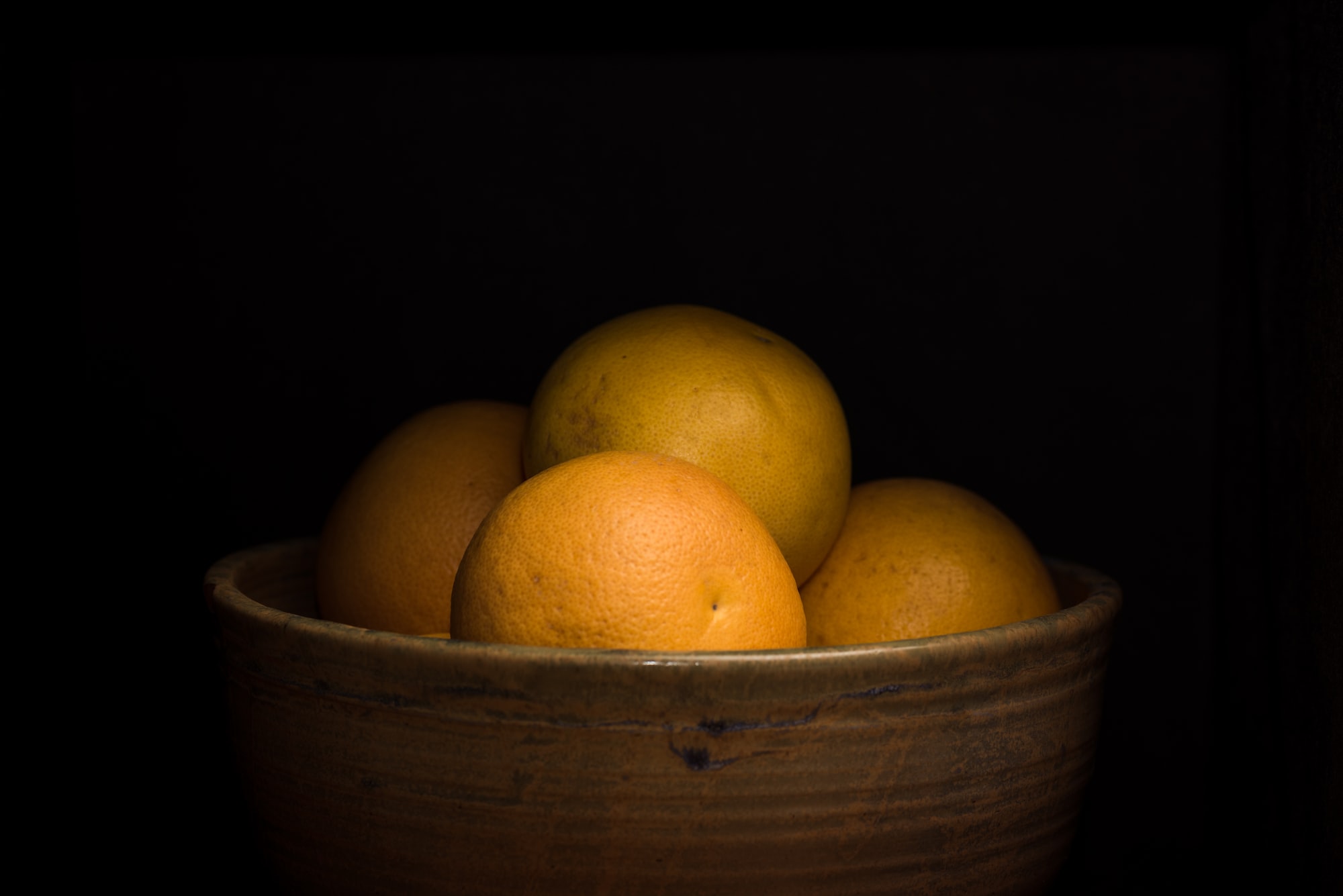 How to Lose Weight Fast by Eating a Grapefruit

This is a big claim, but trust me, it’s true. In our diet and nutrition industry, we get a lot of scientific jargon thrown at us. We hear about calories, carbohydrates, proteins, fats, and we mostly get hung up on which one to eat less of and in what quantity. But not this time.
Jul 16, 2021
2 min read
Jul
14 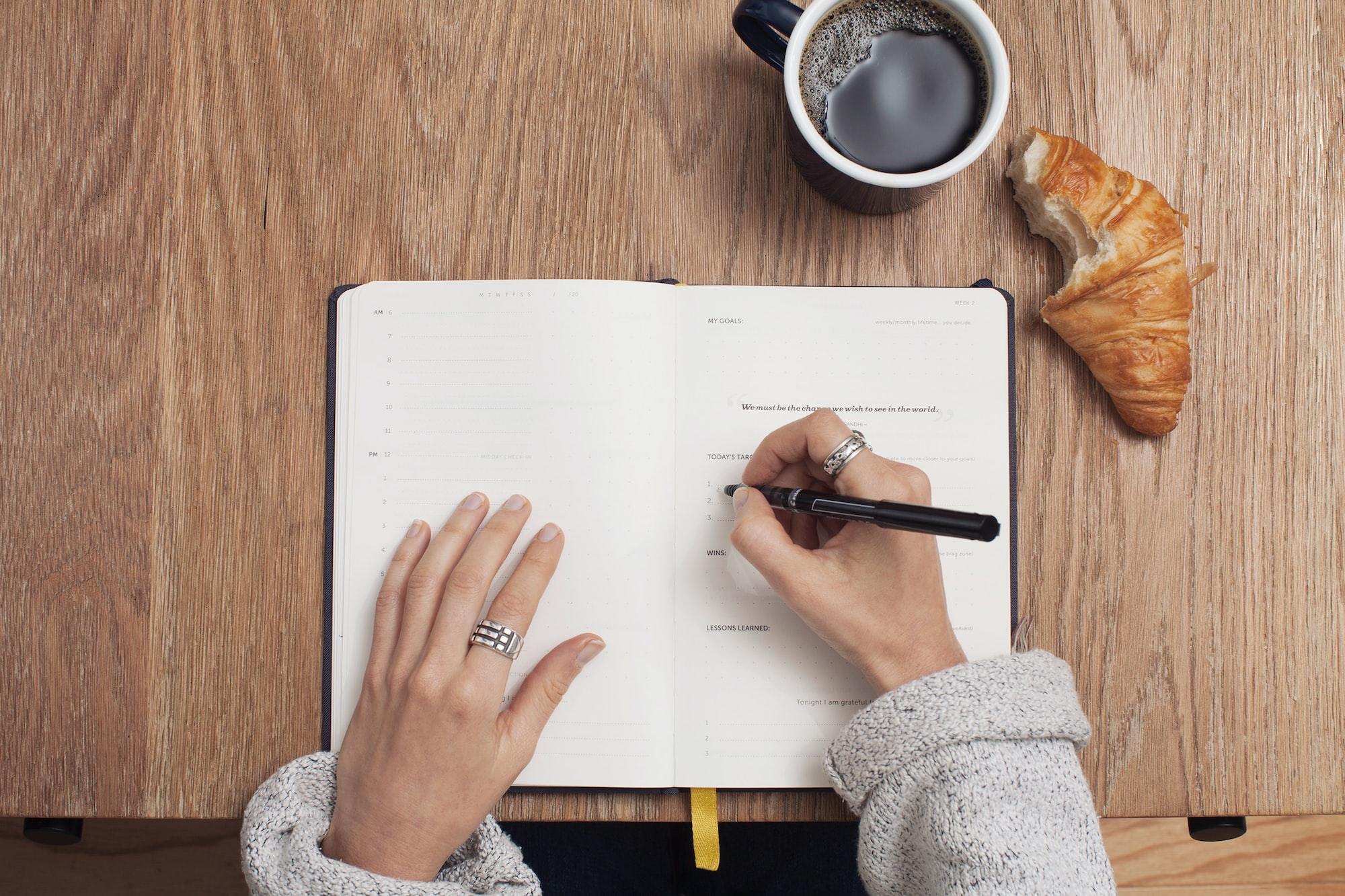 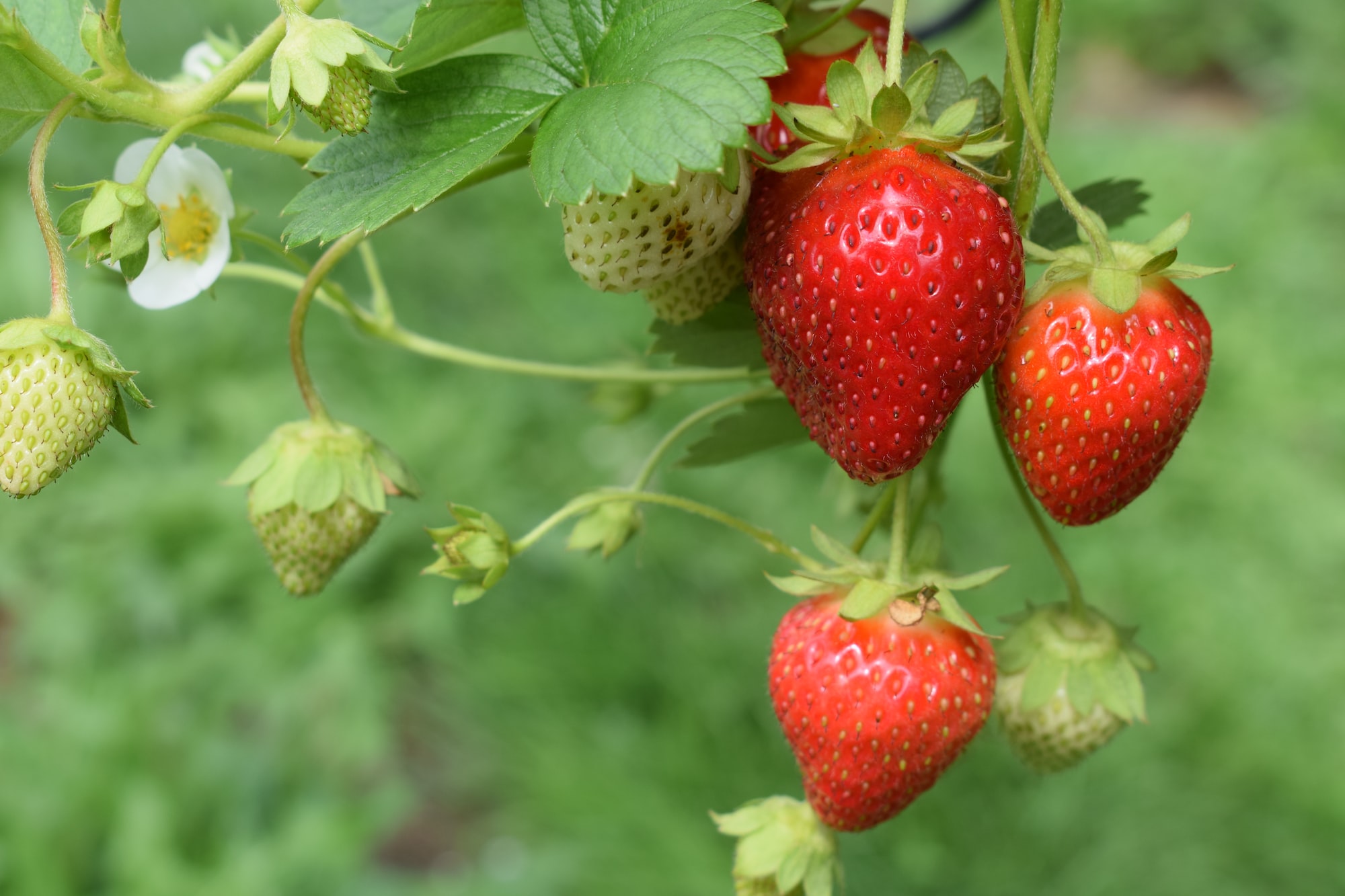 Strawberries: Small in Size But They Pack a Real Nutritional Punch

Strawberries are an excellent source of vitamin C, have a good amount of potassium and manganese as well as contain decent amounts of iron, calcium, dietary fiber, vitamin B6, folate, and magnesium.
Jul 8, 2021
1 min read
Jul
07 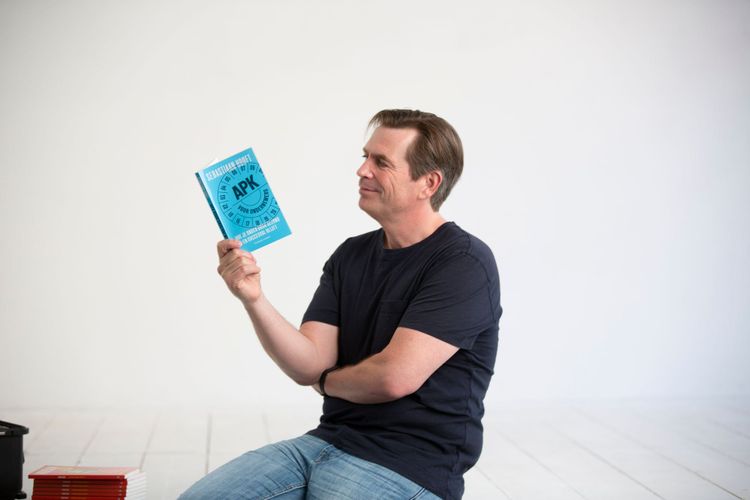 What is Your First Priority?