Today I woke up precisely like usual: at 5.45 am. With lots of excitement, I wrote my blog post and jumped under the shower. Well, not jumped, because I injured my right calve with all the jumping and dancing on the first two days. Team Tony is wearing me out.

The third day is the second 'By Tony Robbins'-day, which starts an hour earlier. They turn out to be a bit different than the second day with the other coaches. Tony works less according to the schedule in the book and regularly has a video or long dance session in his program to save his vocal cords. Our host of the day is Scott Harris, who quickly walks us through the rules of the day and gives the stage to Brian Bradley. I have come to appreciate Brian enormously in recent days because his exercises are better than what I have received in physiotherapy over the past twenty-five years. I have therefore subscribed to the Ergoscue newsletter. More about today's exercise later. Next, the KINRGY dance team takes over to pump us up for Tony Robbins himself. From the streams via Zoom, I can see that participants are entirely in the flow; it's magical to see everyone jumping and dancing like this in their living rooms, studios, and gardens. It gives me a group feeling. We are doing something unusual together. Today is transformation day, and that must be unusual, according to insiders. Let's go!

Stretch your back well

After reminding us that sitting is a sport, Brian Bradley gives us three exercises to properly stretch your back and balance your body. But not before he has challenged us to walk barefoot more often. Shoes are not suitable for you, and your toes grow together. So take off your shoes more often, also on cobblestones. The exercise is in this video, although we had to position our feet differently this time, with the big toes turned to each other at a 90-degree angle.

After announcing three prize winners, unfortunately, I didn't win a ticket to Fiji; Scott Harris explains to us with his Australian humor that it's Transformation Day. Tony Robbins will take us by the hand and make sure that everything we want to change becomes a reality by eliminating our inner conflicts. He explains this using John The Baker.

What is your recipe?

There is a recipe for everything you do. A formula ensures that you always get the same result. For a recipe, you need: ingredients, amount and quantities, order and sequence and how to do it.

The example comes down to the fact that if John The Baker has come up with the perfect recipe for a cake, you can copy this recipe and make just as beautiful a cake as John The Baker can. As long as you take care of the four steps, you can bake that cake.

"What's your recipe," Scott asks us, "How do you recognize patterns in your life?"

Tony Robbins comes on with a booming voice, and everyone - including me - on Zoom goes crazy. The tone of the day is set: let's go!

"Schedule twice a year something that makes you growing" is his first advice to us (or the start of the sales process for the further education as some in the Zoom chat are saying). Because that is also a common thread throughout the day: you are expected to register for additional training. This transformation day is also about the next steps with team Tony. They offer to discuss my future with experts through all the channels that team Tony has. There are even extra buttons in the portal with which I can speak to the team. The amounts are from six thousand dollars and up. From money worries to deepening my personal goals, there are several routes they want to discuss with me. In that respect, they live by their advice: always roll out extraordinary marketing and sales plan.

Tony's first lesson is about priming. That is important because you either become a member of a culture or you become the leader of the culture you create yourself. He gives appealing examples of psychological tests in which people lead to a particular outcome through sublimation. We do an exercise that appeals to me and is simple: breathe in and out three times for thirty seconds to prime yourself for success: "Getting Your Prime":

We discuss the outcomes in a Zoom break-out room. Apparently, with a genuine interest in becoming a coach and helping other people, all charming and friendly people become coaches.

John The Baker by Tony

Tony also cites the example of John The Baker. He tells the story of the baker who has been working on the perfect cake for twenty-eight years. Can you imitate it? Yes, that's possible. If you have the correct recipe, the list he mentions:

Animated, Tony continues, telling us that everything is constantly changing, from the economy to your body. We must therefore take into account that we are now changing faster than the world around us. When we come out of the event with good posture, chest out from the pelvis, people say, "You must have learned that Tony Robbins technique," then we shouldn't hang our shoulders and say, "No, I'll come and have a shitty life with you."

It's about setting your standard to outstanding

From poor to good is a huge jump. Good used to be good enough, but not anymore with all the technology and developments. If you are good, you will get poor rewards. But if you take an extra big step towards excellence, you only get good rewards. That's not why we came to Tony to get good rewards. We want to be outstanding. There are only 2 millimeters of difference from good to outstanding. Two millimeters difference in a golfer's stroke means whether the ball hits the green or into the bushes. He tells in detail the story of Walt Disney, who was no longer alive when Disney World opened. A whiny reporter asked Walt's brother if it wasn't sad that Walt never saw the park. The famous answer was, "Walt saw this, and that's why you are seeing it now." Then comes another emotional story about a gymnast at the Olympics: "If you push through hell, you are rewarded."

Tony deviates a lot this day from what is described in the event syllabus. But the exercises that I have been able to recognize are:

Tony gave a great explanation about the difference between global and situational beliefs. Beliefs can make or break you. Perception plays a vital role in this. Beliefs can easily recognize global beliefs. They start like:

He also explains the confirmation bias: "You will find anything you will want to see." He asks us to look around the room at brown objects and then closes our eyes. "What red objects did you see?" Immediately I thought that I had indeed only had eyes for what I was looking for: brown. But Tony continues: "Some of you tried to find stuff that is true, you accepted beige for brown just to find extra brown objects," so I did!

"Get rid of the bullshit," as Tony called it. He starts with a story in which he does not name who, but it is a person with firm convictions—a person who has become an annoying guy because of those beliefs. In the story, that person learns to let go of the beliefs. It turns out to be Tony's own story; he was that guy.

The core of the day

In The Dickens Process, I have recognized three of my most critical limiting beliefs that cause negative consequences in my moment. An exercise that I wouldn't have missed for anything. For me, it was the core of this day. Step by step, Tony helped me discover, write down and evaluate these with a small group in a Zoom break-out room. They are so very personal that I left the second one out of the discussion. I had to get through the embarrassment for a moment and realize that it was okay for me to think that and that I could do something with it now. Thanks, Tony!

I will not soon forget these three because I had to repeat them for over fifteen minutes under Tony's guidance.

Could you repeat after me 100x?

Accompanied by a frantic Tony and the most energetic music, we repeated this for half an hour. It was great fun to do because you see all the participants at home. People are crying, laughing, jumping, and holding up signs that say things like "Tony, I love you," and "Tony, you changed my life."

Now I am the voice

I will believe not doubt

I will create, not destroy

I am the force for good

I am the leader

At 9.30 pm, we were dancing and jumping in front of the camera; however, when Scott Harris announced that team Tony was going out for a dinner break, I ended the day. According to my fitness tracker, I had already walked sixteen thousand steps. And that behind my laptop.

So I'm going to read some more in bed. What a beautiful day again! 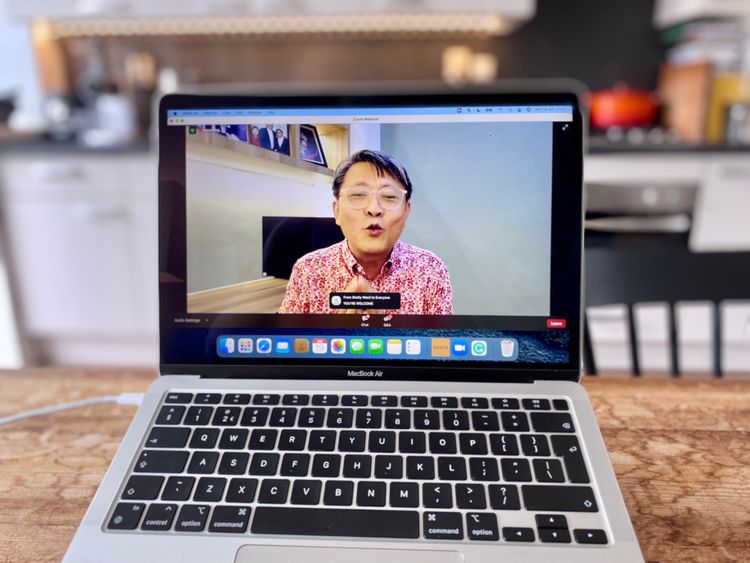 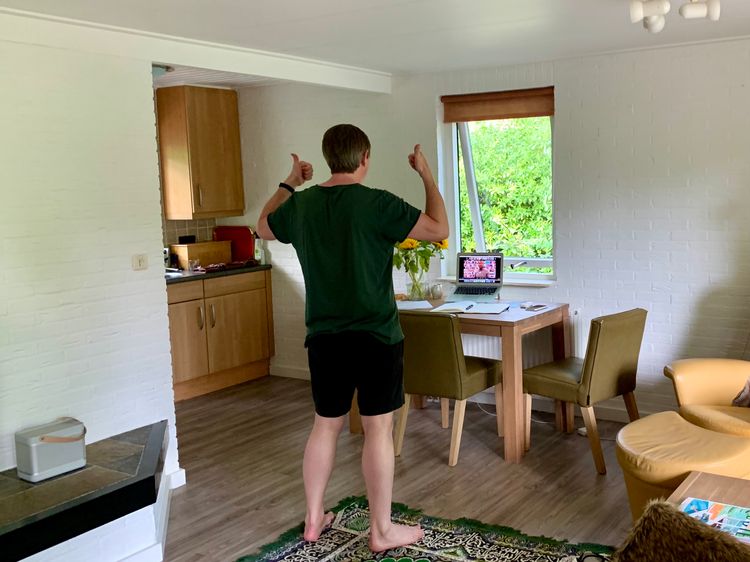 UPW21: Day Four Vitality: The Power of Your New Identity

Today we get five successive guest speakers during this day who all attribute their success to Tony Robbins. Sprinkled with energetic dance moments with eighteen thousand participants, which I can also see via Zoom. The day is again full of high fives and fist pumps.
Jun 7, 2021
8 min read
Jun
05

Looking back on the second day, I was able to get a lot of energy from the other participants. You will see continuous images of other participants jumping in their living rooms, offices, and gyms during the event.
Jun 5, 2021
6 min read
Jun
04 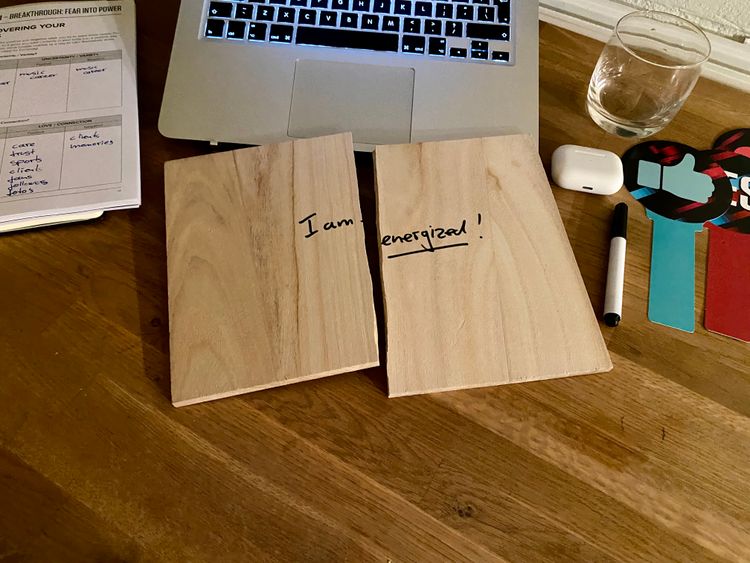